Twenty years in the dirt

1976-80   I took a room in a flat in north London in the spring of 1976 with a former school friend and began volunteering with the Museum of London's Department of Urban Archaeology (MoL DUA, now MOLA). The excavations at the former General Post Office buildings in New Street (GPO75) were directed by Alan Thompson and later by Steve Roskams. Oh, muddy days!! So began four years of mud, sweat & tears. In November 1976 I gained the post of Museum Assistant, and the following April became an Archeological Site Assistant.
Other sites I worked on include:

I took a short a break from the city (April-June 78) to cover supervision of the medieval manor house excavations at Raunds, Northamptonshire. Back in the City I carried on with the digging until the spring of 1980 when my health failed.

1980-86   In the years that followed I turned to digging outside London. Excavations include:

By the end of the 1980s I was unable to endure the physical demands of field work. During the following years I remained a member of my local archaeological society, received the annual transactions, occasionally attended meetings, and watched the odd archaeology programme on TV. In 2018 offered my services as website co-ordinator to the Staffordshire Archaeological & Historical Society. I became a Practitioner with the Chartered Institute for Archaeologists in April 2021

For more spoo about the London Years go to Hobley's Heroes. Gathering together the fragmentary scraps of paper and photos that document their lives, working on excavations across the City of London in the period 1973-1991. 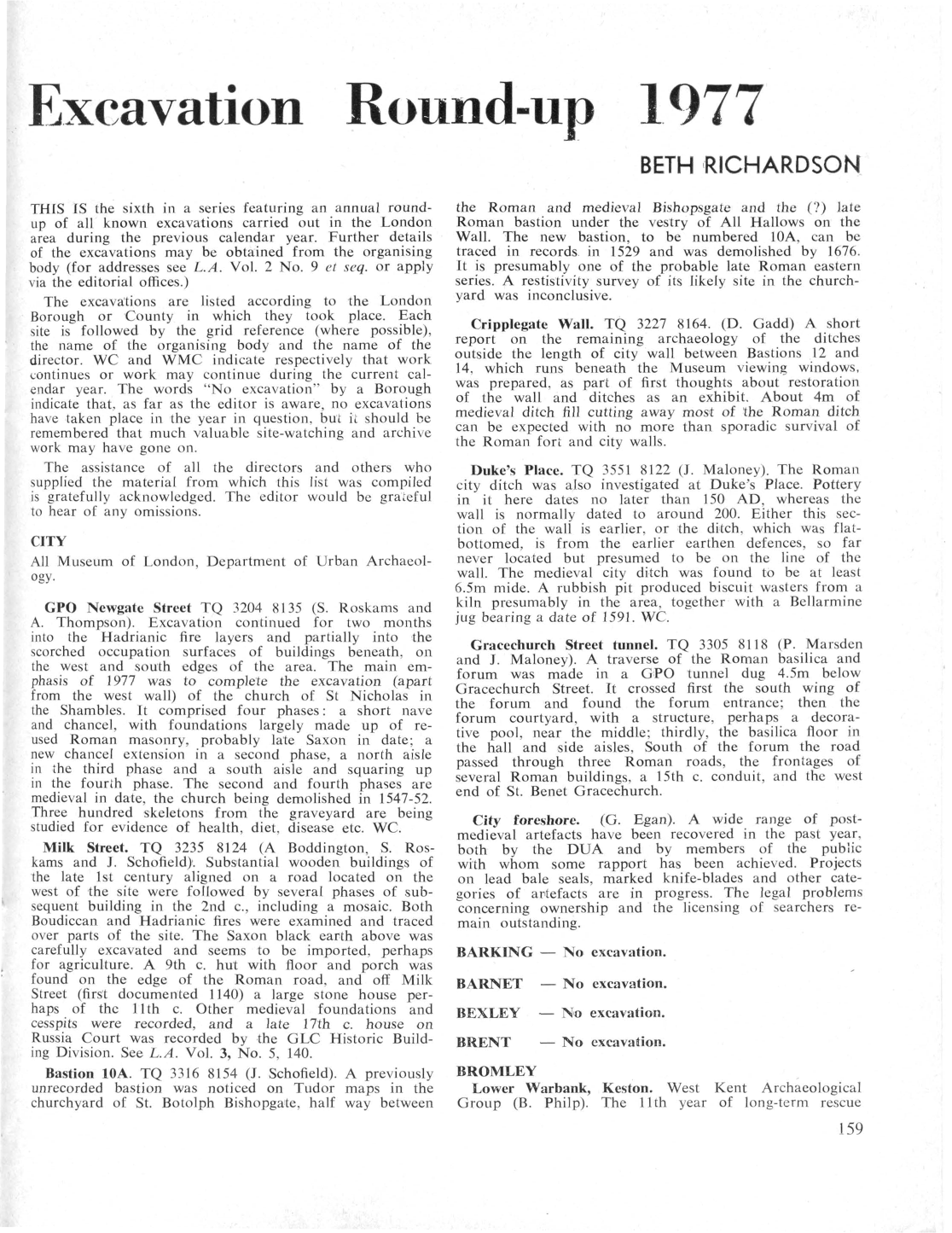